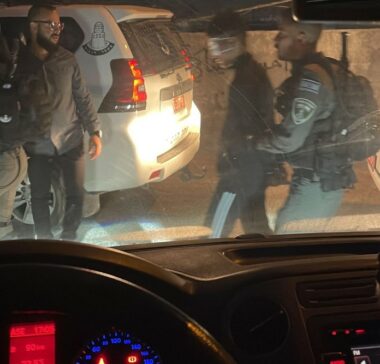 Eyewitnesses said the soldiers abducted a young man, Qussai Natsha, while walking near Bab Hutta, one of the oldest gates of the Al-Aqsa Mosque.

The soldiers also abducted a young man, Hamza Zghayyar, from the Old City and took him to a detention and interrogation facility.

In related news, the soldiers placed sand mounds at the main entrance of Ramin village, east of the northern West Bank city of Tulkarem.

Locals said the closure is not the first, especially since the army closed the entrance several times before, in addition to streets leading to several nearby villages and towns.