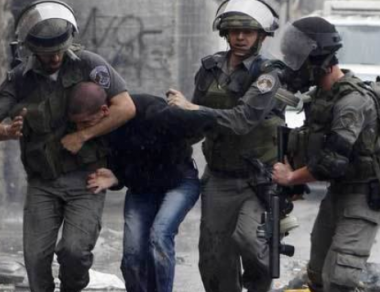 Israeli soldiers abducted, Sunday, two Palestinians from occupied East Jerusalem, after stopping and searching their car, and locating what the army described as “dangerous fireworks.”

Israeli media agencies said the soldiers noticed a car parked near the Annexation Wall, and that two Jerusalemite Palestinians were in it.

They added that the soldiers approached the car and searched it, before locating a cardboard box containing twenty boxes of what the army called “dangerous fireworks, which can be labeled as combat materials.”

The soldiers confiscated the fireworks, and took the two Palestinians to a detention and interrogation center, in Jerusalem.