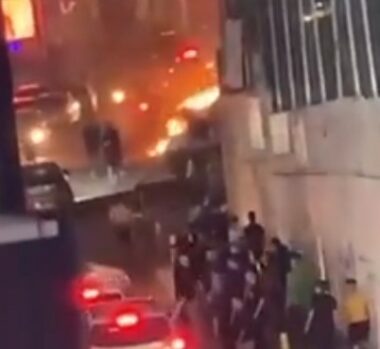 On Saturday night, Israeli soldiers abducted a wounded young Palestinian man from an ambulance, rushing him to a hospital in occupied Jerusalem.

The eyewitnesses added that many protesters hurled stones and used fireworks to target the military roadblock.

The soldiers shot a young man with live fire and then abducted him from a Palestinian ambulance transporting him to a hospital.

The army attacked the ambulance and the medics before abducting the young man, who was taken to an unknown destination.

On Saturday evening, the soldiers abducted a young man Mustafa al-Obeid from his home in the al-Wad Street area in Jerusalem’s Old City.