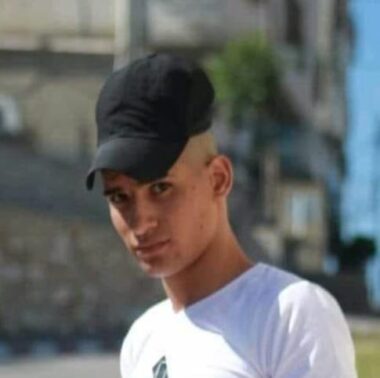 Israeli soldiers repeatedly assaulted, on Friday, October 30th, 2020, a Palestinian teenage boy, and abducted him, near his home in Hebron city, in the southern part of the occupied West Bank, in addition to assaulting his mother who tried to stop the attack.

Aref Jaber, a nonviolent activist with the National Association of Human Rights Defenders – Hebron, has reported that the soldiers continuously struck his child, Mohammad Aref Jaber, 17, on various parts of his body, near his home.

He added that the soldiers also attacked his wife while trying to stop the assault against Mohammad, and abducted the teen before taking him to a nearby military base.

The assault started when a group of illegal fanatic colonialist settlers attacked and invaded several homes, including the Jaber family home, and assaulted the residents, while the soldiers failed to stop them, but instead stormed and searched many Palestinian homes.

The soldiers then repeatedly struck the entire family in the property, before abducting Mohammad, instead of removing the invading colonists.

It is worth mentioning that the abducted teen was later moved to Ofer prison, near the central West Bank city of Ramallah, where a court hearing is supposed to be held on November 2nd.

Such violations targeting Hebron, especially the eastern part of the city, are frequently carried out by soldiers and colonialist settlers, the colonists from the illegal Kiryat Arba colony, built on Palestinian lands east of Hebron.