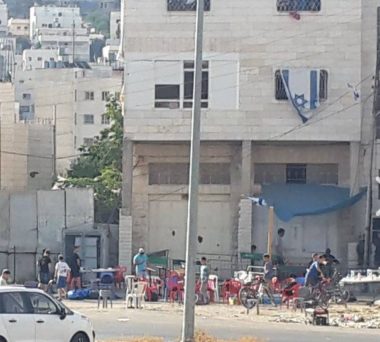 Israeli soldiers invaded, Thursday, a Palestinian home in the Sahla area, in the Old City of Hebron, in the southern part of the occupied West Bank, before assaulting the family, in addition to destroying their furniture.

Hazem Abu Rajab, said the soldiers invaded his home, and assaulted his family, before confiscating his car.

He added that the soldiers violently searched the property, and deliberately caused damage to the furniture and belongings.

Since the year 2012, the family has been subject to frequent invasions and violations by the army, and the illegal colonialist settlers, who claim to own part of the three-story building, inhabited by fourteen members of Abu Rajab family.

The family has been fighting the ongoing illegal takeover attempts by the colonialist settlers, while Israeli courts are still deliberating the case.

Hazem said the latest invasion, and assault was carried out after he refused to sign documents without fully knowing their contents and added that the incident was reported to the Legal Branch of the Hebron Construction Committee, so that it can conduct all needed measures.

The property is a three-story building, inhabited by fourteen members of Abu Rajab family.