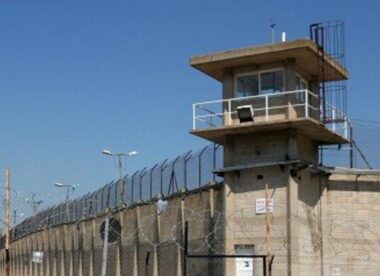 The Palestinian Detainees’ Committee has reported that the soldiers invaded Section 2 of the detention camp, and violently searched it, causing damage to the detainee’s property, in addition to wounding some of them.

It added that the attack is part of ongoing Israeli violations against the detainees who are already facing dire and inhumane living conditions, denied basic rights guaranteed by International Law and all related treaties.

Dozens of detainees are also held in solitary confinement, held in small, dirty cells, filled with bugs and insects, and are not fit for humans.

Most of the detainees in the Negev Detention Camp are held under arbitrary Administrative Detention orders without charges or trial.