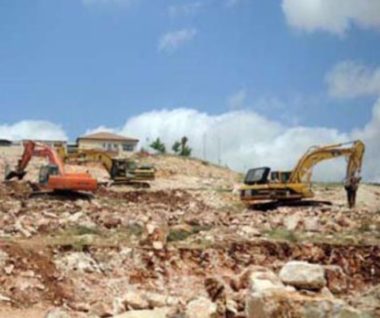 Mohammad Sheikh, a Palestinian official who monitors Israel’s illegal colonialist activities in Qalqilia governorate, said the invasion was carried out by many army jeeps, and bulldozers, after the soldiers closed the area and prevented the Palestinians from entering it.

He added that the soldiers started bulldozing large areas of private Palestinian lands, owned by many villagers, in order to expand the illegal Alfei Menashe colony.

Alfei Menashe was built on illegally confiscated Palestinian lands in 1983, and has been expanded many times by confiscating more lands.

Israel’s colonies in the occupied West Bank, including those in and around occupied East Jerusalem, are illegal under International Law, various United Nations resolutions and the Fourth Geneva Convention to which Israel is a signatory and a constant violator.