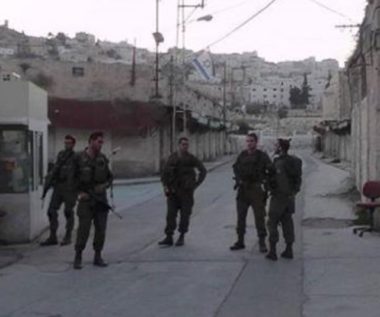 Israeli soldiers abducted, on Thursday at dawn, five Palestinians, and imposed house arrest orders on six others, after the army invaded and ransacked many homes across the occupied West Bank, including Jerusalem.

In Jenin, in northern West Bank, the soldiers abducted Hayel As’ad Bakheet, after storming his parent’s home and violently searching it, causing damage.

In addition, the soldiers invaded the Sammoa’ town, south of the southern West Bank city of Hebron, searched homes, and abducted two siblings, identified as Habes and Ala’ Ismael al-Mahareeq.

The soldiers also invaded and ransacked many homes in Hebron’s Old City, and interrogated the families; two of the invaded homes are owned by Ismael Banat and Mohammad Atiya Banat.

In occupied Jerusalem, the soldiers invaded and searched homes in the al-‘Isawiya town, and imposed house arrest orders on seven young men, in addition to summoning three others for interrogation.