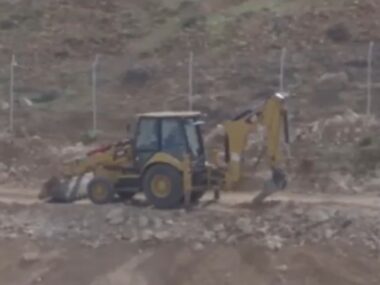 The National and Popular Committee Coordinator against the Annexation Wall and Colonies in Hebron, Rateb Jabour, said the soldiers bulldozed seven kilometers of Palestinian lands in Jinba, al-Halawa, and al-Markaz communities.

Jabour added that the soldiers are trying to impose a tight siege on the area, especially the lands near the Annexation Wall, to prevent the workers from crossing through breaches of the illegal Wall.

Jabour also said the soldiers installed several military tents around many Bedouin and farming communities in Masafer Yatta to surround and isolate the area.