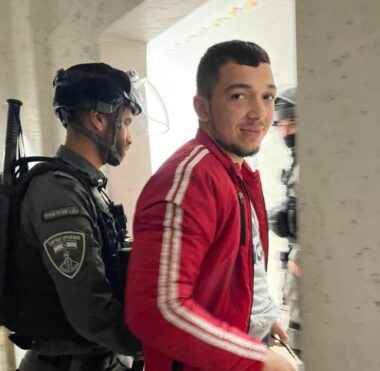 On Wednesday evening, Israeli soldiers abducted three young men in Silwan and the al-Isawiya towns in the occupied Palestinian capital, Jerusalem, in the West Bank.

The soldiers also invaded several neighborhoods in Silwan town, just to the south of the Al-Aqsa Mosque, abducted a young man who remained unidentified, and took him to an interrogation facility in Jerusalem.

Silwanic said the Israeli soldiers have abducted more than twenty-five Palestinians, mostly from their homes, on Tuesday and Wednesday and summoned many for interrogation.

In addition, an Israeli court in Jerusalem ordered a young man, Ahmad Firas al-A’war, from Silwan town, under further interrogation,

The young man was abducted, Tuesday, after the army summoned him for interrogation.

On Wednesday dawn, the soldiers abducted at least ten Palestinians, including former political prisoners, from their homes in several parts of the occupied West Bank.