Soldiers Close A Palestinian School For Girls Near Nablus 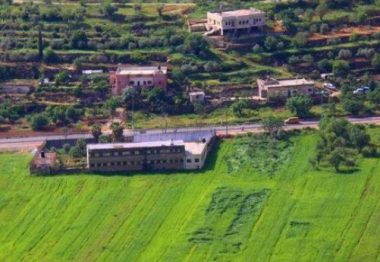 Israeli soldiers closed, on Tuesday afternoon, the al-Lubban School for Girls, south of the northern West Bank city of Nablus, after threatening to attack it with gas bombs.

‘Aisha Nubani, the principal of the school, told the WAFA Palestinian News Agency that the soldiers ordered the instant evacuation of the school, allegedly after a colonialist settler’s car crashed into another car when Palestinian youngsters hurled stones at it, near the educational facility.

The soldiers threatened to fire a barrage of gas bombs into the school unless it is immediately evacuated and closed.

The soldiers chased many students in the meadows surrounding several schools in the area, near the main Ramallah-Nablus road, which is also used by the military and colonialist settlers.