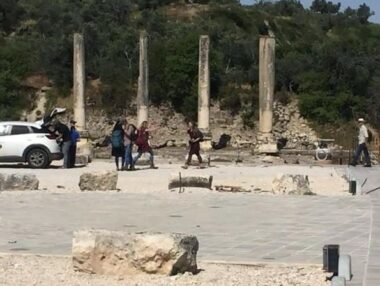 Mohammad Azem, the mayor of Sebastia, stated that several army jeeps accompanied dozens of colonizers, including several officials of illegal colonies, into the site.

Azem added that the soldiers and the colonizers drove through the town and headed to the site after the army installed roadblocks and closed the entire area to the Palestinians.

He stated that, over the last few months, the soldiers and the colonizers have been invading the archaeological area every week.