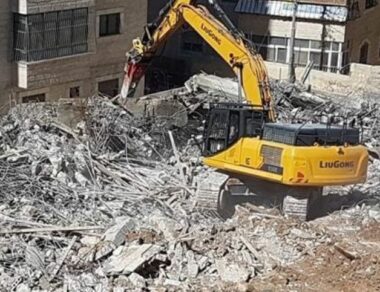 Rateb Jabour, the coordinator of the Popular and National Committees in southern West Bank, said the soldiers demolished a home, consisting of two rooms, owned by Bilal al-Ajlouni.

Jabour added that the army claimed the property, located in Area C of the West Bank, was not licensed by the “Civil Administration Office,” the administrative branch of Israel’s illegal occupation.