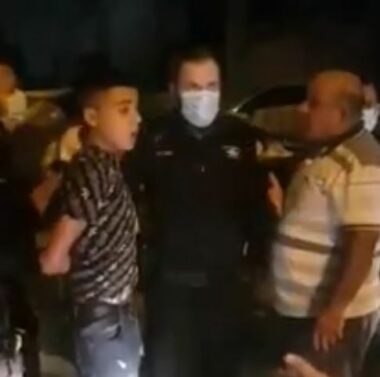 Media sources said the soldiers invaded the at-Tour neighborhood in Jerusalem, and abducted a child, identified as Rauf Khweiss, 14, before moving him to a nearby interrogation facility.

They added that undercover Israeli soldiers kidnapped a young man, who remained unidentified at the time of this report, after the army invaded Shu’fat refugee camp, in Jerusalem.

On Tuesday at dawn, the soldiers abducted twelve Palestinians, including children, from their homes in several parts of the West Bank.

In addition, the soldiers invaded the Sammoa’ town, south of Hebron, and demolished a 60 square/meter agricultural hothouse, owned by Jamal Abu Aqel.