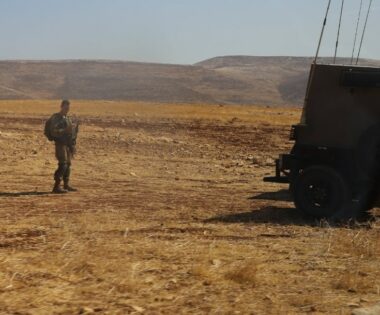 The demolitions led to the displacement of 17 Palestinians, including children, women, and the elderly.

The Israeli army repeatedly targets Bedouin communities across the occupied West Bank, including near Ramallah, Hebron, Tubas, and the Jordan Valley.

The Israeli Information Center For Human Rights in the Occupied Territories (B’Tselem):

The ‘Ein Samia community, which lies east of the village of Kafr Malik in Ramallah District, is home to 28 families, numbering a total of about 200 people. Since the community was established in 1977, its residents have been living under the threat of expulsion and suffering violence by settlers and Israeli forces.

Since settlers established the outpost of Micha’s Farm about three years ago, the violence has increased, affecting not only the community but also the residents of al-Mughayir, Kafr Malik, and other area communities.