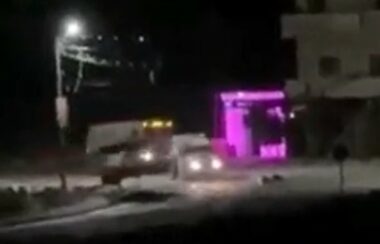 On Monday dawn, Israeli soldiers injured a Palestinian child, closed main roads, and stormed homes, near Jenin, in the northern part of the occupied West Bank.

They said one child was injured by bullet shrapnel in the head and was moved to Jenin governmental hospital.

Furthermore, the army closed the three entrances of Jaba’ town, near Jenin, before the soldiers invaded it and occupied rooftops to use as sniper posts and monitoring towers.

Also, many Palestinians protested an invasion of the main area of the Ejja nearby town, especially after the soldiers installed a military roadblock on its southern entrance.