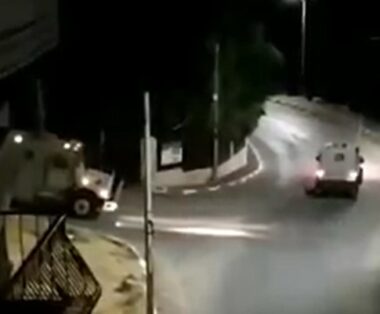 On Sunday night, the colonizers hurled stones at homes and cars near the main entrance of the Al-Minya village, east of Bethlehem, causing damage.