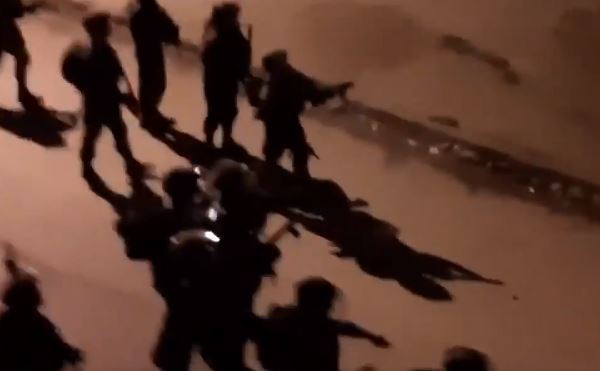 Israeli soldiers injured, on Thursday evening, dozens of Palestinians in Beit Ummar town, north of Hebron, in the southern part of the occupied West Bank.

Mohammad Awad, a local media activist, said several army jeeps invaded ‘Aseeda area in the town, and attacked Palestinians who protested the invasion into their community.

Awad added that the soldiers fired a barrage of gas bombs and concussion grenades and surrounding homes, causing scores of residents to suffer the effects of teargas inhalation.

It is worth mentioning that the soldiers frequently invade Beit Ummar, including Aseeda area, especially since the army has a military tower and a roadblock at the entrance of the town, close to many homes.