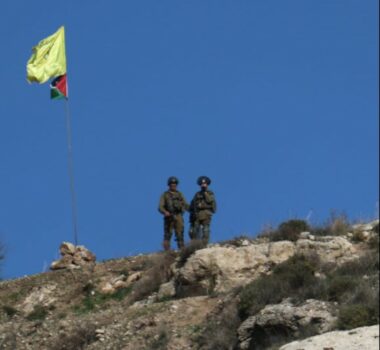 They added that two Palestinians were shot with rubber-coated steel bullets and dozens suffered the effects of tear gas inhalation.

Medics provided the needed treatment to the wounded Palestinians without the need for hospitalization.

In related news, the soldiers installed two roadblocks in Rommana village, and the main entrance of Silat al-Harithiya, near the northern West Bank city of Jenin, leading to protests.

The soldiers stopped and searched dozens of cars and interrogated many Palestinians while inspecting their ID cards. Dozens of soldiers were also deployed around many villages and towns in the Jenin governorate.

In related news, the soldiers invaded the Kafr Aqab neighborhood, in the northern part of occupied Jerusalem, leading to protests, and fired many gas bombs and concussion grenades.