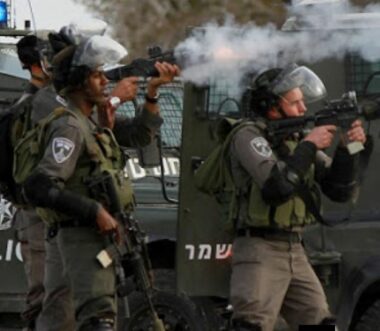 Media sources said several army jeeps invaded the center of the town, before the soldiers stopped and searched dozens of cars, and interrogated many Palestinians while inspecting their ID cards.

They added that several youngsters hurled stones at the invading soldiers who fired gas bombs and concussion grenades, causing many Palestinians to suffer the effects of teargas inhalation.

Earlier on Tuesday, the soldiers abducted 27 Palestinians from several parts of the occupied West Bank, including the occupied capital Jerusalem.