Israeli Soldiers Demolish Three Homes And A Barn Near Hebron 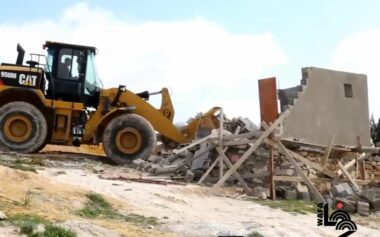 Israeli soldiers demolished, Tuesday, three homes in the Masafer Yatta area, and a barn in the Zeev area, south of the southern West Bank city of Hebron. the Palestinian News & Info Agency (WAFA) has reported.

Fuad al-‘Amour, the coordinator of the Protection and Steadfastness Committees in Hebron, said the soldiers invaded Khallet ad-Dabe’ area in Masafer Yatta, before demolishing three homes owned by Jaber and his brother Amer Dababsa. 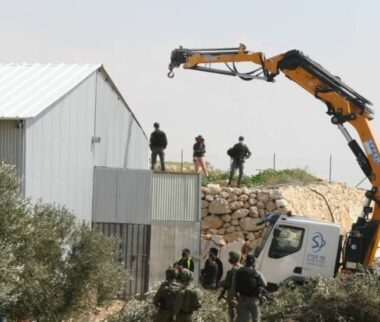 Al-‘Amour added that the soldiers alleged that the homes were constructed without a permit from the so-called Civil Administration Office, the administrative branch of Israel’s illegal occupation.

He also stated that the area is subject to constant Israeli violations, including the demolition of homes, structures, and barns, due to Israel’s ongoing attempt to illegally annex more Palestinian lands for the construction and expansion of its colonies, built on stolen Palestinian lands in direct violation of International Law.

Furthermore, the soldiers invaded the Zeev area, south of Hebron, before demolishing a 200 square/meter barn, owned by Farid Khader Ja’bari, 70, in addition to confiscating its contents.