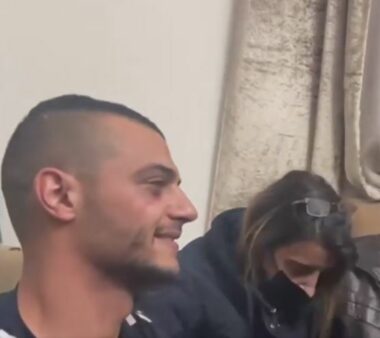 The Israeli police released, late on Tuesday evening, a young Palestinian man who lost control of his car while being chased by a number of Israeli colonialist settlers, and accidentally killed one colonist in a vehicular collision.

The Wadi Hilweh Information Center in Silwan (Silwanic) has reported that the police released Ibrahim Abu Hamed, a day after he was taken prisoner in West Jerusalem.

Silwanic added that Hamed was chased and assaulted by several Israeli colonialist settlers while working in West Jerusalem before he rushed to his car and sped away.

The organization said that the colonists chased his car causing him to lose control of his vehicle, which accidentally crashed into an Israeli colonist who later died from his wounds.

The Israeli police arrived at the scene and detained the young man, before moving him to an interrogation facility.

Palestinian attorneys volunteered to represent the young man, who suffered various lacerations to his face and body after being assaulted by the colonialist settlers, and secured his release after proving that the fatal accident was not his fault since he was running for his life.

After his release, the young man was welcomed by his family and dozens of residents in Wadi al-Jouz neighborhood in Jerusalem.

His father thanked the lawyers and everybody who stood with the family and managed to secure the release of his son, especially due to rising fears that this incident could have been used by the Israeli authorities to claim it was “a deliberate nationally motivated attack that led to the death of the settler.”

He added that the recordings of the Israeli surveillance cameras in the area managed to prove his innocence, especially since he was a victim who was literally running for his life.