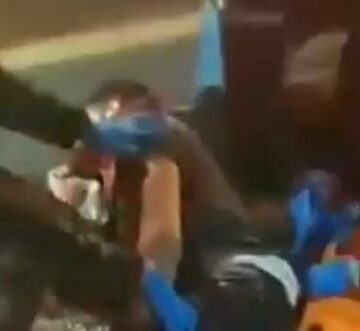 A young Palestinian man was injured, on Tuesday evening, after an Israeli colonialist settler rammed him with his car, east of Qalqilia, in northern West Bank.

Eyewitnesses said the young man, Ali Sa’id Zidan, 25, was rammed with the colonist’s car while crossing the intersection of the al-Fondoq village, east of Qalqilia.

Palestinian medics were called to the scene and rushed him to the Specialized Arab Hospital, in the northern West Bank city of Nablus.

The colonist, who rammed him with his car, fled the scene.