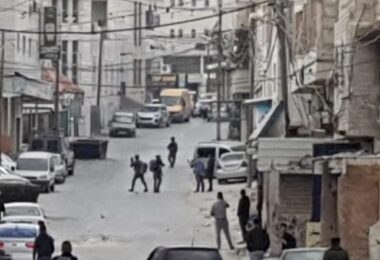 They added that the soldiers injured three young men, including one, 22 years of age, who was shot with a live round in the thigh, before he was rushed to Yatta Governmental hospital.

It is worth mentioning that undercover Israeli soldiers infiltrated into the refugee camp before the regular army units invaded it, and abducted a young man, identified as Ala’ Abu Hashhash, 25.