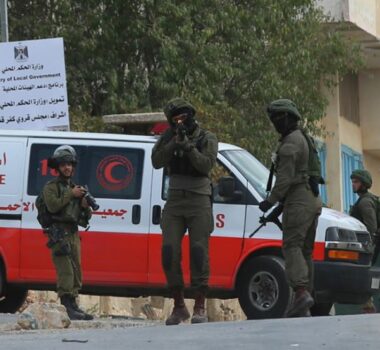 They added that a woman, identified as Donya Ibrahim Sawalma, in her fifties, was injured by fragments of live ammunition in front of the hospital.

Another woman, Soheir Abu Mashayikh, and her daughter Wisam, were injured by glass and bullet fragments when the soldiers fired at a car they were riding while leaving the hospital.

On Wednesday at dawn, the soldiers abducted a senior political leader of the Islamic Jihad Movement, along with his nephew.