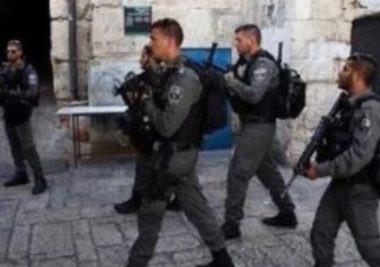 Medias sources said the two Palestinians suffered moderate wounds, before the soldiers took them to a military base.

They added that the army released two young men shortly after detaining them, before medics of the Palestinian Red Crescent Society rushed them to a hospital in Ramallah, in central West Bank.

In related news, the soldiers abducted a child, identified as Mohammad at-Tunisi, 15, from his home in Ein al-Louza neighborhood in Silwan town, in Jerusalem.