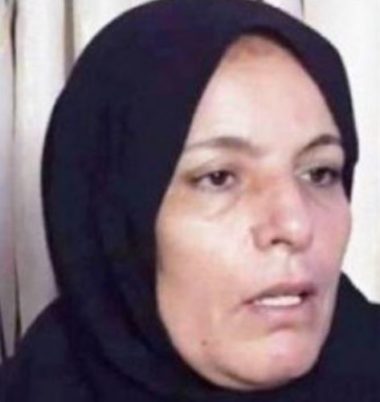 An Israeli military court convicted, Thursday, Wafa’ Na’alwa, for what it alleged “her failure to prevent her son from carrying out a deadly shooting attack.”

The court claimed that Wafa’ “knew of her son’s intention to carry the shooting attack out,” in Burkan Colony, near Salfit, in the West Bank.

It added that Wafa’ failed to stop her son, and “did not do her best in trying to prevent the shooting.”

According to the court verdict, her son, Ashraf Na’alwa, told his mother he had a weapon and intended to sell it, and that he later allegedly told her that he instead intends to carry out a shooting attack.

It is worth mentioning that Ashraf Na’alwa was killed by Israeli soldiers on December 13th of last year, two months after he reportedly killed two Israeli settlers, and the army demolished his family’s home as an act of illegal collective punishment, on December 17th.

It is worth mentioning that, prior to killing him, the army repeatedly abducted members of his family, including his father, mother, sisters and brothers.