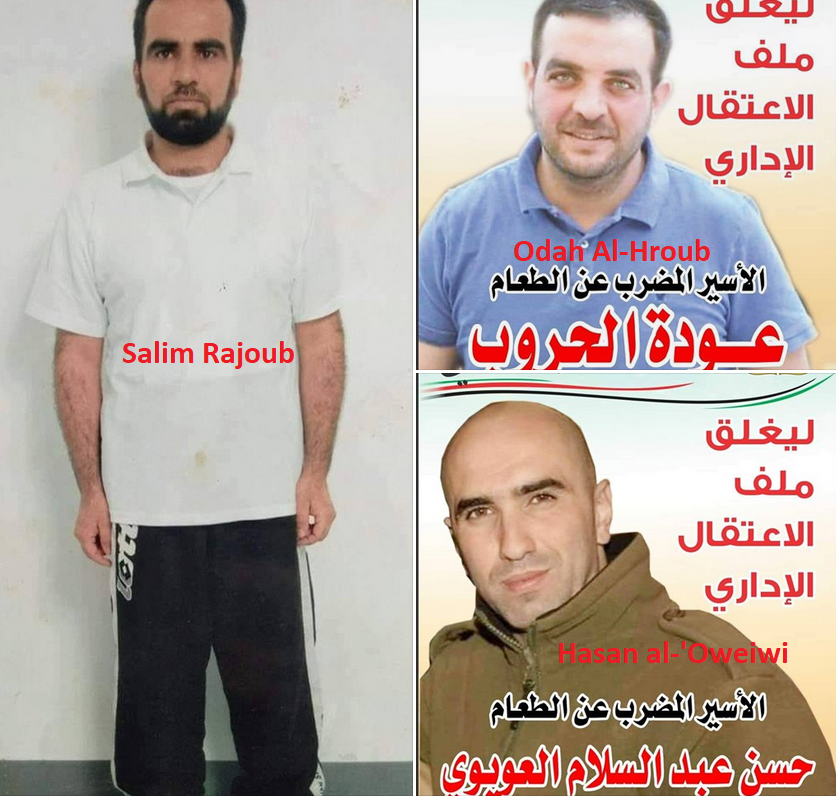 The Palestinian Prisoners’ Society (PPS) has reported, Thursday, that three Palestinian detainees, held by Israel, are ongoing with the hunger strike, protesting the arbitrary Administrative Detention orders, without charges or trial, despite their deteriorating health conditions.

In its statement, the PPS said al-Hroub and al-‘Oweiwi are held in the Nitzan (Ramla) Prison, and were frequently sent to hospital, but are ongoing with the strike, while Rajoub is held in solitary confinement in Ofar Prison.

It is worth mentioning that al-Hroub, 32, from Doura town town, is a father of ten children, and was abducted in December of 2018, while al-‘Oweiwi, 35, a father of three children, was abducted on January 15, 2019, and is a former political prisoner who spent years in Israeli prisons and held several hunger strikes rejecting his illegal Administrative Detention.

Detainee Rajoub, 48, is from Doura city, southwest of Hebron, and was taken prisoner in January of 2018; he is a married father of six children.