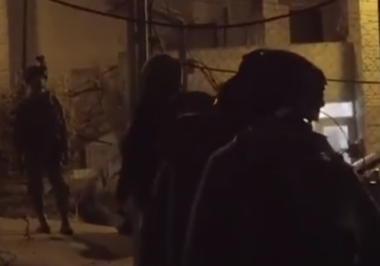 The Palestinian Prisoners’ Society (PPS) has reported that Israeli soldiers abducted, on Thursday at dawn, at least nine Palestinians from their homes, in several parts of the occupied West Bank, after the army invaded and searched them.

In addition, the soldiers abducted Mohammad Mousa al-Abbassi, 16, from his home in Silwan town, in the center of occupied East Jerusalem.

Another young man from Silwan, identified as Yazan Siyam, was abducted in Bab al-‘Amoud area, in Jerusalem’s Old City, before the soldiers took him to an interrogation facility in the city.

In related news, the soldiers installed many roadblocks across the West Bank, especially around Hebron, in the southern part, before stopping and searching dozens of cars, and interrogated many Palestinians while inspecting their ID cards.