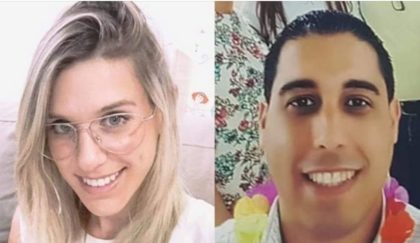 Israeli sources have confirmed that the two Israelis, who were killed in the shooting, have been identified as Kim Levengrond Yehezkel, 28, from Rosh HaAyin, and Ziv Hagbi, 35, from Rishon LeZion.

They added that the Israeli Shabak and the army are looking for the shooter, identified as Ashraf Waleed Suleiman Na’alwa, 23, from Shweika village, near Tulkarem, in northern West Bank.

The army invaded Shweika and stormed Ashraf’s family home, before violently searching it, interrogated the family, and took measurements of their property in preparation for demolishing it as an act of collective punishment.

The soldiers conducted extensive searches of many homes and lands in the area, and abducted one Palestinian, reportedly for “helping the shooter.”

Israeli Ynet News has reported that the army is ongoing with the search to locate and arrest Ashraf, with the assistance and full cooperation of the Palestinian Security Forces.

The source also said, according to Ynet, that the Palestinian security forces are fully cooperating with the Israeli army to locate the shooter.

The Israeli army, police and security forces, and even the political leadership, are stating that the fatal shooting attack “carried nationalistic motives,” although the Palestinian was recently fired from the factory were carried the deadly shooting out, but they “ruled out the shooting was motivated by this fact.”

Furthermore, the Israeli army said its soldiers arrested in August 2167 Palestinians in the West Bank, and confiscated 1.200.000 Shekels, in addition to locating 320 weapons, including 80 homemade guns.

Israeli sources have reported that a Palestinian man shot and killed, Sunday, two Israeli settlers, and injured another woman, in the Industrial Area of Barkan colony, in the northern part of the occupied West Bank.

The sources said that, according to initial details released by the army, the suspected Palestinian shooter, 23, is from Shweika area, in northern West Bank city of Tulkarem.

Israeli Ynet News said the suspect worked at the Industrial Area for seven months, and carried a permit which expires next month.

He reportedly entered it carrying a M-16 assault rifle, before shooting and seriously wounding a man and a man, in their thirties, who later succumbed to their wounds, in addition to moderately wounding another woman, 54 years old. 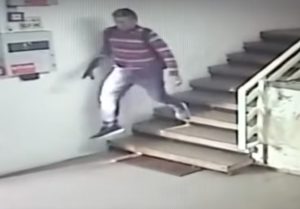 The shooter managed to escape the area unharmed, while the army and police initiated an extensive search campaign in the area.

It is worth mentioning that both the Israeli army and security establishment initially said the shooting attack was criminally motivated because the shooter was fired from his job at the factory several months ago, but later decided that attack was “nationally motivated.”

The army said the shooter apparently carried the attack out on his own, as he is not a member of any armed Palestinian group.

Israeli “Kan” News agency said the Palestinian security services are part of the search campaign to locate the shooter, although the incident took place in Area C of the West Bank, under full Israeli control.

It added that Palestinian workers in the Industrial Zone said the attack is apparently criminally motivated because the shooter was recently fired.