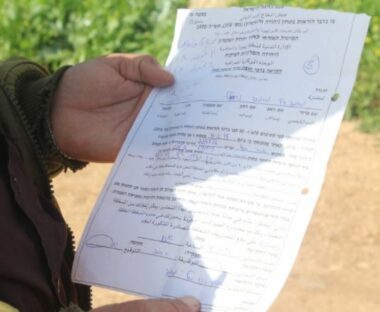 Baher Yassin, the head of Aneen Village Council, said the soldiers are alleging the Kiosks were installed without permits from the so-called “Civil Administration Office,” the executive branch of the illegal Israeli occupation of Palestine.

The army informed them that they have a week to demolish their kiosks, otherwise, the military will carry the demolition out and force them to pay for the cost, in addition to hefty fines and fees.