Updated: Israeli Soldiers Kill a Palestinian at Protest Near Nablus 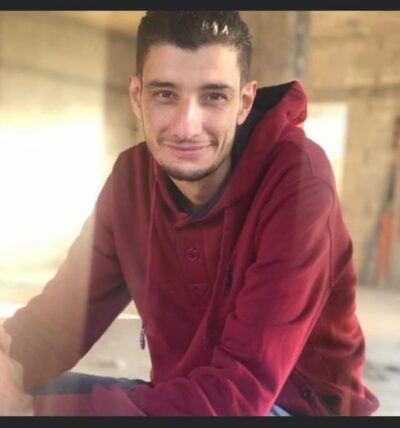 Israeli soldiers killed, on Friday, a young Palestinian man at the weekly protest in Beita town, southeast of Nablus in the northern occupied West Bank, medical sources have confirmed.

The head of the Emergency and Ambulance Department at the Palestinian Red Crescent Society (PRCS), Ahmad Jibril, told the Palestinian News & Information Agency (WAFA) that the army opened live fire at non-violent demonstrators on Sbeih Mountain, killing one young man, and causing at least sixty-eight cases of inhalation injuries from tear gas.

The slain young man, identified as Jamil Abu Ayyash, 31, was struck in the head with a live round, and transferred by ambulance to hospital, where he was pronounced dead due to his critical wounds shortly after arrival.

Palestinian youths have been protesting for months in rejection of Israel’s expansion of its illegal colonies in the occupied West Bank in contravention of International Law.

Earlier in the day, soldiers accompanied bulldozers which razed a power network and roads leading to the protest site, in addition to uprooting olive trees on Palestinian-owned land, Quds News Network reported.

The Palestinian Ministry of Foreign Affair and Ex-Patriates issued a statement denouncing the killing of Abu Ayyash and called The Human Rights Council’s International Commission of Inquiry to Investigate Violations in the Occupied Palestinian Territory, to investigate his death and all Israeli crimes and violations.

It said that the Israeli army’s use of live ammunition against unarmed protesters is a war crime, and a crime against humanity, and is yet another proof that Israel does not seek peace and is ongoing with its hostile policies against the Palestinian people and any treaty or resolution that would result in real and comprehensive peace based on international legitimacy resolutions. It also called on the International Criminal Court to open an immediate inquiry into the escalating Israeli crimes and violations against the Palestinian people, their property, and their holy sites.

The Ministry urged the International Community to provide the urgently needed protection to the Palestinian people and to end its idleness by prosecuting those who commit these crimes against unarmed civilians and their property. It is worth mentioning that the funeral ceremony of the slain young man was held, on Friday evening, in his town, with the participation of hundreds of Palestinians, including social figures.