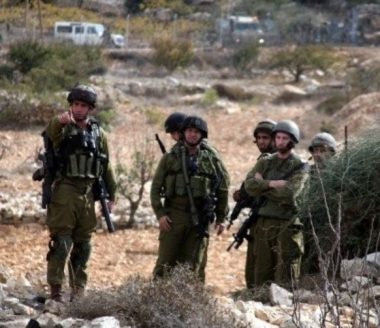 Israeli soldiers prevented, Wednesday, a Palestinian farmer from Nahhalin village, west of Bethlehem, from building a wall around his lands in the an-Nossiyya area, north of the town.

Hani Fannoun, the deputy-mayor of Nahhalin Local Council, said the soldiers verbally informed Mahmoud Abdul-Jalil Zakarna, that the army will not allow him to build the wall around his land.

Fannoun added that the army has recently confiscated many agricultural vehicles and equipment from the same area, and prevented the Palestinians from hooking their lands with irrigation pipes.

He further stated that the military has been preventing the Palestinians from building, in addition to developing and planting their lands around the town, without court orders or warnings.