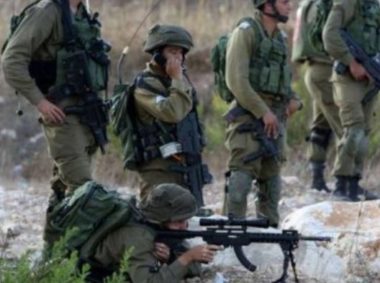 Israeli soldiers shot, Tuesday, a young Palestinians man in Beit Hanoun, in the northern part of the Gaza Strip.

The WAFA Palestinian News Agency has reported that the soldiers, stationed in military towers across the perimeter fence, north of Beit Hanoun, fired many live rounds at Palestinians on their lands.

It added that the soldiers shot and moderately injured one Palestinian, before he was rushed to the Indonesian Hospital, in the nearby Beit Lahia city.

The army constantly targeted farmers on their lands close to the fence, especially in the northern and eastern parts of the Gaza Strip, in addition to numerous violations and assaults targeting Palestinian fishermen and their boats in Gaza territorial waters.