Soldiers Shoot A Palestinian Man And His Son, Near Hebron 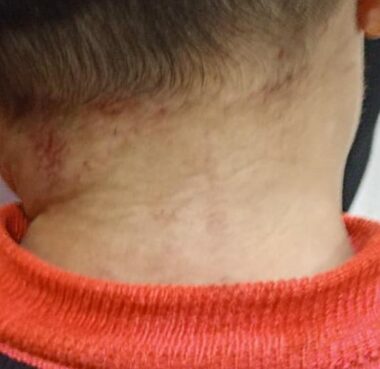 Israeli soldiers shot, on Wednesday evening, a Palestinian father and his child after the army opened fire at their car in Beit Ummar town, north of Hebron, in the southern part of the occupied West Bank.

Local activist, Mohammad Ayyad Awad, stated that the soldiers fired a few live rounds and rubber-coated steel bullets at the car, wounding Montaser Sa’id Awad, and his child, Thiab, 2.5 years of age, with shrapnel before they were rushed to a medical center in Beit Ummar. He added that the soldiers targeted the car just as it approached an area where protests were taking place. The soldiers also caused many Palestinians to suffer the effects of tear gas inhalation.

The incident took place when the soldiers attacked many Palestinians who were marching in Beit Ummar to demand the army to release the corpse of Aahed Abdul—Rahman Ekhlayyel, 24, who was killed by the soldiers a year ago, January 4h 2021.

The Israeli army also closed the iron gate at the main entrance of Beit Ummar and prevented the Palestinians from entering or leaving the town.