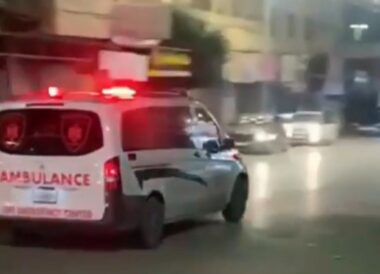 Media sources said the soldiers invaded the Al-Bayader area in the Eastern Neighborhood of Jenin city, in the northern part of the West Bank, leading to protests.

The Palestinian Health Ministry said the soldiers shot two young men with live rounds in the leg before the medics rushed them to a hospital in Jenin.

The soldiers also abducted a young man, whose identity was unknown at the time of this report, and deployed snipers on rooftops of tall buildings in Jenin city.

Furthermore, the soldiers abducted Samer Freihat, from the Jenin refugee camp while crossing the Al-Hamra military roadblock in the West Bank’s Northern Plains.