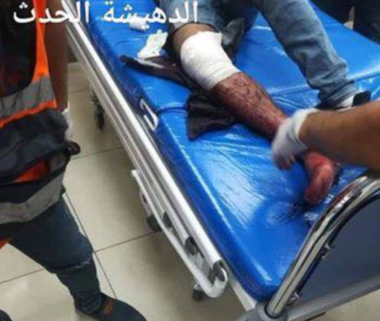 Dozens of Israeli soldiers invaded, on Thursday at dawn, the Deheishe refugee camp, south of Bethlehem in the occupied West Bank, shot and injured two Palestinians, and abducted one.

They added that the soldiers injured two young Palestinian men with live fire, caused several others to suffer the effects of teargas inhalation, and abducted a young man, identified as Ismael Sami al-Ja’fari.

In related news, the soldiers invaded the Shiokh town, north of the southern West Bank city of Hebron, and violently searched many homes.
No’man al-Hasasna, said the soldiers caused serious damage to his furniture and the doors of his house, in addition to smashing many windows in the property.