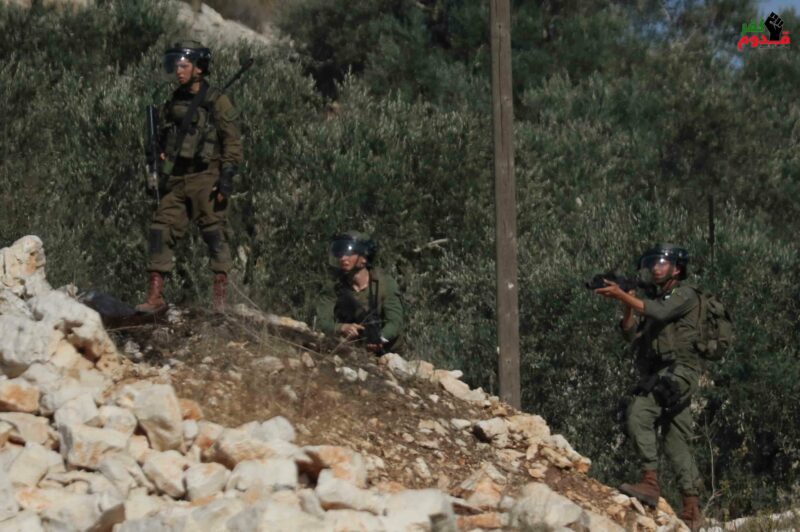 Israeli forces opened fire, on Friday, at Palestinian protesters taking part in the weekly march in Kufur Qaddoum village, east of Qalqilia in the northern occupied West Bank according to witnesses.

WAFA added that several of the wounded were transferred to nearby hospital for medical intervention, while others were treated at the scene.

Palestinian demonstrators burned tires to obstruct the soldiers’ view and used slingshots to throw tear gas canisters back towards the attacking army.