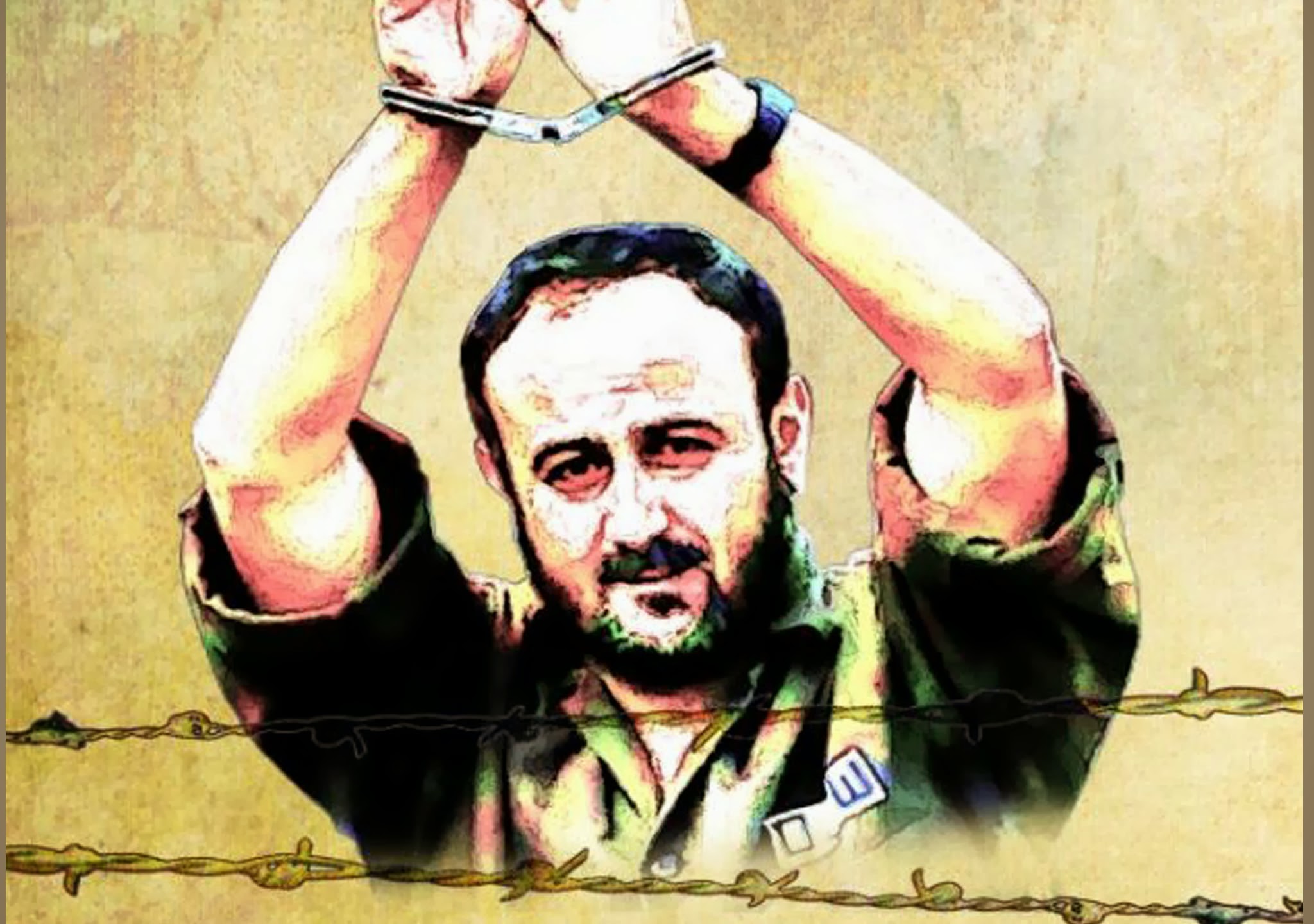 Revered Archbishop Desmond Tutu, himself a Nobel Prize recipient, has joined a growing number of people who have nominated Palestinian political prisoner Marwan Barghouthi for the Nobel Peace Prize.

Barghouthi is a founder of the armed wing of the Fateh party, known as the Al-Aqsa Martyrs Brigades – named after the al-Aqsa mosque and the Israeli military assault on the mosque in 2000 that sparked the second Palestinian intifada (uprising). He has been imprisoned by Israeli authorities since 2002 – there is no evidence linking him directly to any attacks, but as a leader who called for resistance to the Israeli military occupation, Israeli authorities decided to levy dozens of charges against him.

He is a leader who is generally respected by all Palestinian parties and factions, and was the author of a ‘prisoner letter’ in 2007 which formed the basis of the Mecca Agreement to end the political infighting between Palestinian political parties and form a unity government. He also ran in the last election for Palestinian President, in 2005, and was leading in the polls when he decided to withdraw in the interest of Palestinian unity.

In his nomination letter, Archbishop Tutu wrote, “The nomination of Marwan Barghouti, a symbol of the Palestinian people’s struggle for freedom, constitutes a clear signal of support for the realization of the Palestinian people’s inalienable rights, including to self-determination.” He added, “I call on the members of the Norwegian Nobel Committee to seize this occasion to bring attention back to the question of Palestine and to the calls for a just and lasting peace, a prospect Marwan Barghouti continues advocating and acting for, despite years of imprisonment and isolation.”

In their letter of nomination, the Belgian MPs (Members of Parliament) stated, “Marwan is an elected representative of the Palestinian nation, and was the first parliamentarian to be arrested…He is a democrat defending Human rights, notably women rights. He was actively engaged in the promotion of political and religious pluralism, and as such he is an important actor for the future of a region more fragmented than ever…Peace requires the freedom of Marwan Barghouthi and of the political prisoners, and more generally the freedom of the Palestinian people living for decades under occupation. By granting the Nobel Peace Prize to the one who embodies the Palestinian people’s struggle for freedom, but also their aspiration to achieve peace, a leader that can unite Palestinians around a political project that clearly includes a two-state solution on 1967 borders, more threatened than ever by colonisation and the absence of a political horizon, the Committee for the Nobel Prize would help resurrect the indispensable hope to go out of the current impasse.”

In April, a group of British Parliament members representing all political parties issued a parliamentary motion calling on the Israeli government to release Barghouthi, saying that his release, after 14 years in prison, would “play a part in the process of reconciliation, unification and negotiation that will be needed before Palestine achieves its independence”.

The international campaign to free Marwan Barghouthi was launched in 2013 from the former cell of the late South African leader Nelson Mandela, by a prominent anti-apartheid activist who spent 26 years in prison for his effort to end the racist policies of the South African government. South African anti-apartheid activists have been at the forefront of the movement to free Marwan Barghouthi, with some comparing him to Nelson Mandela, who was imprisoned for decades for organizing to resist the racist apartheid system.