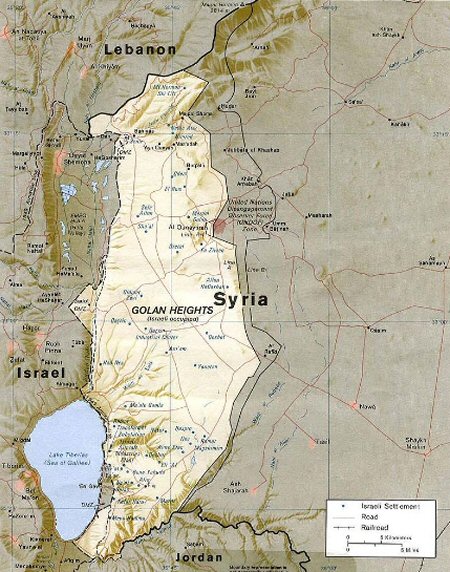 The Arab Human Rights Center in the Golan Heights condemned United States President Donald Trump’s tweet calling for the US to fully recognize Israel’s “sovereignty” over the occupied Syrian Golan Heights, saying it signals a major shift in US policy that runs contrary to facts, logic, and international law, while threatening stability across the Middle East.

Israel invaded and occupied the Golan during the 1967 war against Syria that led to razing 340 out of 345 native Syrian villages and farms, and the displacement of 95 percent of the region’s population, approximately 130,000 people, according to WAFA.

“Israel has illegally occupied the Syrian Golan ever since, systematically instituting policies that perpetuate the discrimination and oppression of the native Syrian population,” said Al-Marsad in a statement.

Al-Marsad said that international law is unequivocal in its outlawing of the acquisition of territory after its seizure through acts of aggression and the US has assertively supported this principle elsewhere around the globe.

Al-Marsad denounced Trump’s tweet, stressing that US recognition of the occupied Syrian Golan as part of Israel would “validate systematic human rights abuses, glorify violations of international law, and cause a major shift in US policy that will destabilize the Middle East.”