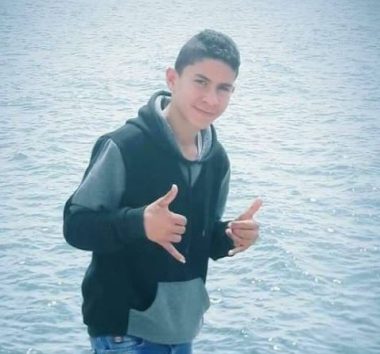 The Palestinian Health Ministry has reported that Israeli soldiers killed, Friday, a teenage boy, and injured at least 210 others, during the Great Return March processions, in several parts of the besieged Gaza Strip.

Dr. Ashraf al-Qedra, the spokesperson of the Health Ministry in Gaza said the soldiers killed Bilal Mustafa Khaffaja, 17, after shooting him with a live round in the chest, east of Rafah, in the southern part of the Gaza Strip.

He added that the soldiers also injured 210 Palestinians, including 45 with live fire, and added that 70 of the wounded were moved to several hospitals, while the rest received treatment in make-shift hospitals. Among the wounded are fifteen children.

Media sources in Gaza said the soldiers, including sharpshooters, stationed on sand hills and fortified posts, fired dozens of live rounds, in addition to rubber-coated steel bullets and high-velocity gas bombs at the protesters, along the eastern part of the Gaza Strip. Updated: The Palestinian Health Ministry in the Gaza Strip has reported that Israeli soldiers shot, Friday, twenty-four Palestinians, and caused dozens to suffer the effects of teargas inhalation, during the Great Return March procession, near the perimeter fence, in the eastern parts of the besieged region.

Dr. Ashraf al-Qedra, the spokesperson of the Health Ministry in Gaza, said the Israeli army continued its excessive use of force against the processions for the 24th consecutive week, and added that army sharpshooters shot eleven Palestinians with live fire.

Sixteen of the wounded Palestinians were moved to various hospitals in the Gaza Strip, and the rest received treatment by medics and the field clinics.

He said the soldiers shot three Palestinians east of the Zeitoun neighborhood, southeast of Gaza city.

The soldiers also shot one Palestinian east of Jabalia town, in northern Gaza, causing moderate wounds, before he was rushed to the Indonesian hospital in nearby Beit Lahia.

Another Palestinian was shot in his leg, east of Khuza’a town, east of Khan Younis, in the southern part of the Gaza Strip, before he was rushed to the European hospital, suffering a moderate injury.

The soldiers also attacked and injured several Palestinians, east of the al-Boreij refugee camp, in central Gaza, and east of Rafah, in the southern part of the coastal region. One of the wounded Palestinians was rushed to Abu Yousef Najjar hospital, in Rafah, after suffering a moderate injury, while dozens were treated for the effects of teargas inhalation.

Dr. Al-Qedra said the soldiers have killed 172 Palestinians, including three medics and two journalists, and injured 19139 others in the Gaza Strip, since the Great Return March procession started on Palestinian Land Day, March 30th, 2018.