The Policies Kushner Should Push For 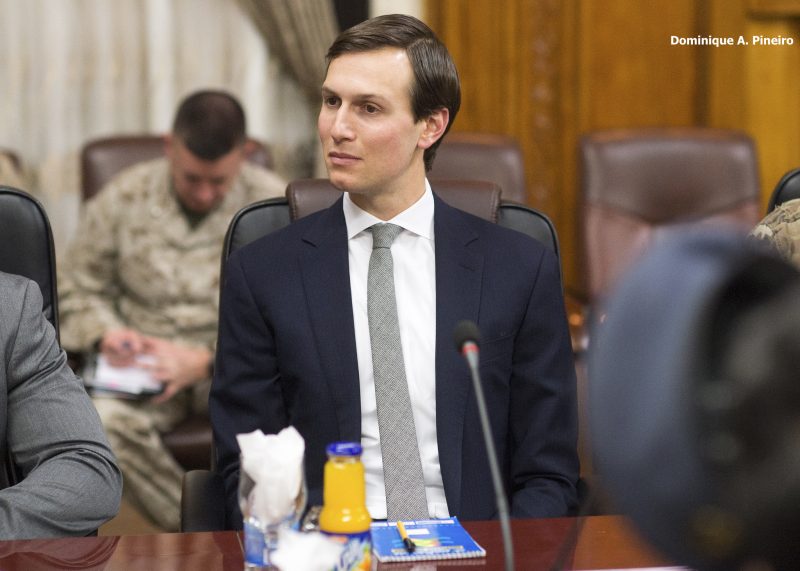 Jared Kushner, President Trump’s son-in-law and senior advisor, as well as envoy Jason Greenblatt and deputy national security advisor for strategy Dina Powell, are in Israel and Palestine today in an attempt to restart the stalled Israeli-Palestinian “peace process.” According to the White House, their discussions with Israeli Prime Minister Benjamin Netanyahu and Palestinian President Mahmoud Abbas will in part focus on economic stepsthat the parties believe help create conditions for peace. Yet more economic development initiatives are not a substitute for political change, particularly when tensions are seething in the West Bank, including Jerusalem, and when Gaza is facing a politically constructed humanitarian catastrophe.

Despite Trump’s early enthusiasm to reach a peace deal, it is now anyone’s guess whether the US intends to advance specific terms of reference for a final status agreement. Dozens of meetings have already been held between Greenblatt and the two sides, yet the administration is still reluctant to publicly state its unequivocal support for a settlement freeze and its commitment to the two-state framework. With reports surfacing that Netanyahu recommended to Trump that the large blocs of Israeli settlement-colonies in the West Bank be annexed to Israel in exchange for Israel ceding Wadi Ara, territory heavily populated with Palestinian citizens of Israel, to the Palestinian Authority, the time is now for Trump’s Middle East team to speak loud and clear about the role it intends to play in negotiations.

That role can’t be merely focused on facilitating Palestinian “economic development” projects or other goodwill gestures, such as extending hours of operation at the Allenby Bridge, which connects the West Bank and Jordan; meting out additional water allocations or power distribution; or authorizing Palestinian students to leave Gaza for study abroad. President Obama also championed such palliatives – much of the time unsuccessfully – which allowed Israel to run out the clock on ending its occupation over Palestinian land. The same will happen under Trump if the US does not act.

Also from Al Shabaka Palestinian Policy Network: Don’t Historicize the Balfour Declaration: The Past is Still the Palestinians’ Present