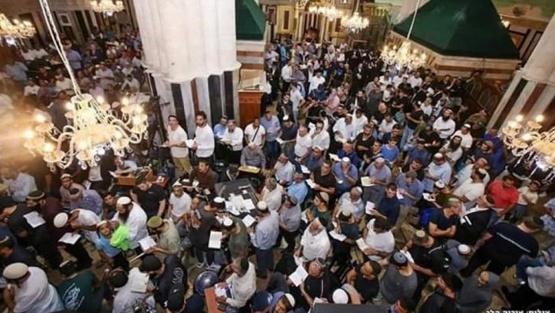 The Palestine News Network (PNN) reported that thousands of Israeli settlers, on Saturday, stormed the Ibrahimi Mosque in Hebron, under heavy military protection.

While the Ibrahimi Mosque is an Islamic place of worship, Palestinian Muslim worshipers were not allowed to enter it for prayer.

In addition, Israeli Forces strong-armed Palestinian shop-owners to close in the vicinity of the Mosque, and kept local Palestinians away from the area, enforcing a system of segregation.

Many tents were said to have been pitched in the Mosque’s courtyards and inside the holy mosque, emitting loud music.

According to B’Tselem, 700 illegal Israeli settlers live in Israeli controlled H2, among 34,000 Palestinians, while 622,670 settlers live throughout the occupied West Bank. 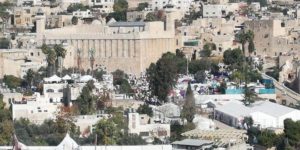 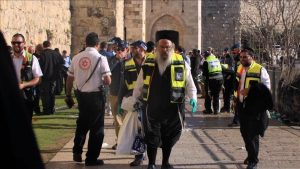