Three Palestinians Killed In A Tunnel In Rafah 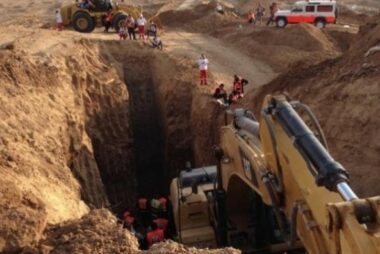 On his Facebook page, Iyad El-Bozom, the official spokesperson for the Interior Ministry, stated that the corpses of three tunnel workers were located in the rubble of a collapsed tunnel.

He added that the corpses were found after a search and rescue campaign was initiated in the southern area of Rafah, in the border area with Egypt.

The Palestinians went missing on Thursday evening while working in a siege-busting tunnel before Civil Defense teams initiated the search campaign, and eventually located their corpses under the rubble.

The Palestinian Quds News Agency quoted sources in Gaza claiming that the incident that led to their deaths took place after the Egyptian army pumped toxic gas in the tunnel.

It is worth mentioning that many Palestinians, not affiliated with armed resistance groups, work in the tunnels to provide for their families in the besieged and impoverished Gaza Strip.