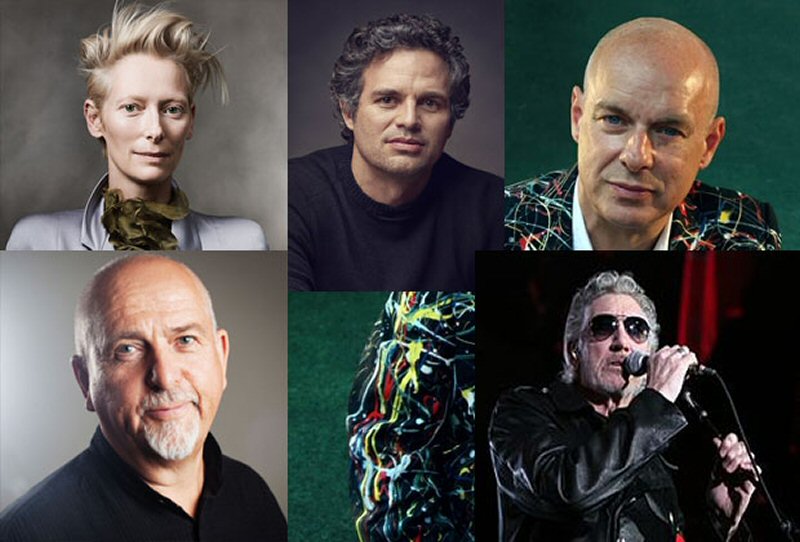 Tilda Swinton, Mark Ruffalo, Roger Waters, Peter Gabriel and Brian Eno are among dozens of writers, musicians and actors who have condemned Donald Trump’s move to recognise Jerusalem as the capital of Israel.

“In recognising Jerusalem as Israel’s capital,” the letter states, “Donald Trump seeks to achieve through a declaration what Israel has been trying to do for 50 years through force of arms: to erase Palestinians, as a political and cultural presence, from the life of their own city.”

“The Palestinian people of Jerusalem are already subject to municipal discrimination at every level, and a creeping process of ethnic cleansing.”

The letter, whose signatories also include playwright Caryl Churchill, director Mike Leigh and the actors Maxine Peake, Julie Christie and Juliette Stephenson, highlights Israel’s “continuing policy of house demolitions”, as well as the occupation authorities’ closure of “at least 35 Palestinian public institutions and NGOs in occupied East Jerusalem” over the last 15 years.

The letter, according to Days of Palestine, notes that “cultural institutions have been a particular target”, adding that “at the same time, Israeli authorities and entrepreneurs have spent millions in clearing Palestinian neighbourhoods to create ‘heritage’ projects that promote a myth of mono-ethnic urban identity, said to stretch back 3,000 years.”

“We reject Trump’s collusion with such racist manipulation and his disregard for international law,” the letter concludes.

“We deplore his readiness to crown the Israeli military conquest of East Jerusalem and his indifference to Palestinian rights. As artists and as citizens, we challenge the ignorance and inhumanity of these policies, and celebrate the resilience of Palestinians living under occupation.”

Israeli Soldiers Abduct Six Palestinians In Jerusalem, One In Ramallah