Tortured And Isolated; Released Detainee Unable To Remember His Family 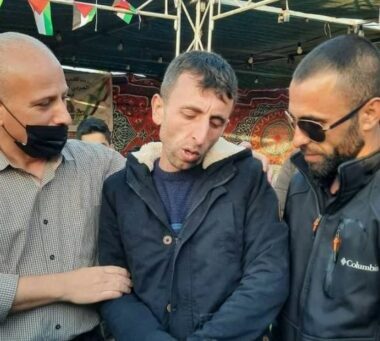 The head of the Hebron office of the Palestinian Prisoners’ Society (PPS) has reported that a Palestinian detainee who spent seventeen years in Israeli prisons, especially in solitary confinement in addition to being subjected to torture, was unable to remember his family.

He also spent long periods in solitary confinement cells throughout the years of his imprisonment, with extremely limited communication with any other human being, and in many cases, no communication at all.

Najjar added that, after his release, Shahateet was transferred to the military roadblock near the ath-Thaheriyya town, south of Hebron, before his family and dozens of residents welcomed him, and took him home in Doura town, southwest of the city.

The detainee, who looked extremely exhausted, fragile, and broken, was unable to recognize his family, including his mother, and was almost constantly silent.