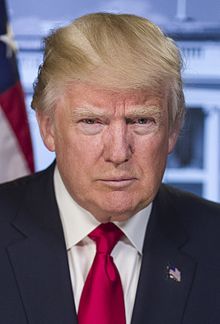 Anonymous sources within the Trump administration in the US allegedly told Israeli News Channel 2 Friday that the new US President, Donald Trump, would on Monday make his first order of business the transfer of the U.S. Embassy in Israel from Tel Aviv to Jerusalem, effectively denying the Palestinian people’s right to the city.

The planned move by Trump would be in violation of international law and all signed agreements between Israel and the Palestinian Authority, many of which were negotiated by the United States.

Moving the U.S. Embassy in Israel to Jerusalem constitutes a major break in decades of U.S. policy. The city of Jerusalem has a status that is supposed to be negotiated in a future peace deal – prior to the creation of the state of Israel in 1948, it was considered the capital of Palestine.

Since that time, first Jordan and then Israel (beginning in 1967) occupied the city with military forces, and Palestinians have been routinely denied access – including to the third-holiest Islamic site in the world, the Al-Aqsa Mosque.

The Israeli annexation of Jerusalem in 1967 and takeover of the city using military force has never been recognized by the international community, including by the United States.

Moving the U.S. Embassy to Jerusalem would effectively recognize the Israeli military takeover of the city – and set a precedent that any government wishing to annex their neighbor’s land can simply use military force to do so. This type of military takeover has been illegal under international law since World War II, when Hitler used military force to take control of dozens of neighboring countries and annex them to Germany.

If Trump goes forward with this plan on Monday, it would also be seen as a major provocation against Palestinians and the Arab World in general, as well as to Muslims worldwide who have been anxiously awaiting peace negotiations to determine their access to the holy site of the Al Aqsa Mosque and other holy sites in Jerusalem.