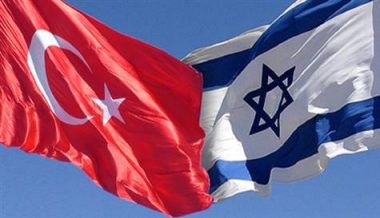 Turkish Foreign Minister, Mevlut Cavusoglu, stated that his country is seeking stronger tries with Israel in order to boost and strengthen the Turkish-Israeli cooperation and coordination in various fields.

The statements of the Turkish official came during a meeting with Omer Barlev, a member of the Likud Party of Prime Minister Benjamin Netanyahu, and Member of Knesset Mickey Levi of Yesh Atid Party, on the sidelines of Nato’s Parliamentary Committee meeting in Istanbul.

The officials discussed efforts to advance ties between the two counties, including resuming security and military coordination, in an attempt to restore them to the way there were before Israel killed nine Turkish activists when, on May 31, 2010, its commandos attacked the Mavi Marmara Ship, that was sailing to Gaza as part of the Freedom Flotilla.

Also on the sidelines of the Nato’s meeting, Israeli parliamentarians and officials held a meeting with Turkish parliamentarians, members of the “Justice and Development” Islamist ruling Party of Prime Minister Recep Tayip Erdogan.

It is worth mentioning that, on June 26 2016, Israel and Turkey signed an agreement to normalize ties between the two countries and resume cooperation, after ending the rift that followed the Israeli attack on the flotilla, and Israel agreed to pay compensation to the families of the victims.

Many organizations and human rights groups in Turkey rejected the agreement, one of the main organizations being the Istanbul-based Foundation for Human Rights and Freedoms and Humanitarian Relief (IHH), which organized the Freedom Flotilla to the besieged Gaza Strip.

Israel and Turkey had very strong ties, including security, joint military drills, economic cooperation, trade and tourism coordination, prior to the attack on the Flotilla, and have recently been trying to resume them.

Although one of the Turkish demands was lifting the deadly Israeli siege on Gaza, it settled for a $20 million compensation to the bereaved and injured, and to allow Turkey to deliver humanitarian aid, and to carry out infrastructure projects, including buildings and a hospital.