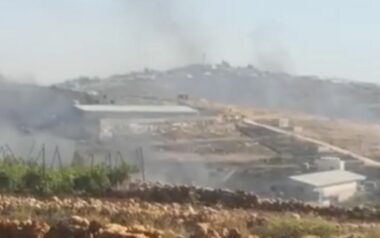 The Palestinian Red Crescent Society (PRCS) has reported that its medics provided essential treatment to fourteen Palestinians, including twelve who were shot with live ammunition, among them one child, 14.

It added that two of the injured Palestinians suffered serious wounds; one of them was shot in the chest and one in the abdomen before they were rushed to a hospital in Nablus.