UN: No Connection Between Judaism and Al-Aqsa Mosque 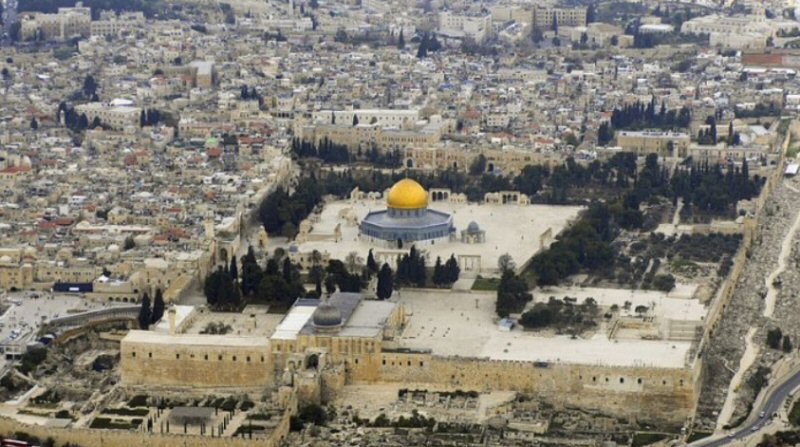 Among them was Resolution A/73/L.29 entitled “Jerusalem” which called for “respect for the historic status quo at the holy places of Jerusalem, including Al-Haram Al-Sharif.”

According to Days of Palestine, the use of the Arabic name for the sanctuary has been interpreted as a not-so-subtle rejection of the site’s alleged connection with Judaism. The Jewish name for the Noble Sanctuary, the Temple Mount, is not mentioned anywhere in the UN document.

The resolution received 148 votes in favor and just 11 against. It also stressed that the UN General Assembly “reiterates its determination that any actions taken by Israel, the occupying Power, to impose its laws, jurisdiction and administration on the Holy City of Jerusalem are illegal and therefore null and void and have no validity whatsoever, and calls upon Israel to immediately cease all such illegal and unilateral measures.”

The General Assembly resolutions were condemned vehemently in the Israeli media, with Breaking Israel News slamming them as evidence of the UN “[continuing] its streak of frequently condemning the Jewish state”.

Other media cited NGO UN Watch — which is known for calling the UN anti-Israel or anti-Semitic – as saying that the “Jerusalem” resolution “implies that Israeli administration of Jerusalem hinders freedom of religion when in fact the opposite is true.”

UN Watch also labelled the “Syrian Golan” resolution as being “oblivious to [the] genocidal massacres taking place now in Syria, and its security implications for Israel and the civilians of the Golan Heights.”

In a rare move, following the General Assembly vote, the European Union publicly warned the Palestinians that they must drop their UN bid to use only Al-Haram Al-Sharif to refer to Jerusalem’s holiest site.

In a statement, the EU “[stressed] the need for language on the holy sites of Jerusalem to reflect the importance and historical significance of the holy sites for the three monotheistic religions, and to respect religious and cultural sensitivities.”

It added that the future choice of language “may affect the EU’s collective support for the resolutions.”

Commenting on the EU statement, the Jerusalem Post observed, “Until now, the EU has not taken a united stand on a drive by both the Arab states and the Palestinians to subtly change UN language with regard to the Temple Mount [Al-Haram Al-Sharif].”

Its opposition or decision to abstain on any future resolutions of this nature “would mark a dramatic shift in its policy.”